TRAVEL ALERT! Important information about the Coronavirus situation in Oman

Brochures and Key Information About Oman

Detailed profiles of each governorate are available to download. For an image or video requirements, please contact us.

If you are working on behalf of a publication and need more information on Oman, our media team is happy to assist with any questions you might have contact us.

Disclaimer: At the Ministry of Tourism Oman, we are committed to maintaining the confidentiality of your information, and how we may use your personal details. Please read and agree to our Privacy Policy and Terms & Conditions before sending. 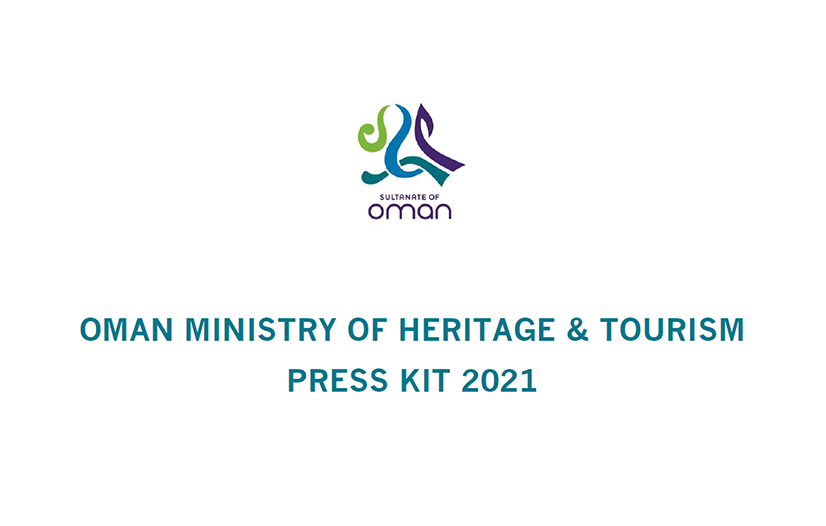 Oman Press Kit 2021
Complete file on the Sultanate of Oman, for the press.
Download PDF 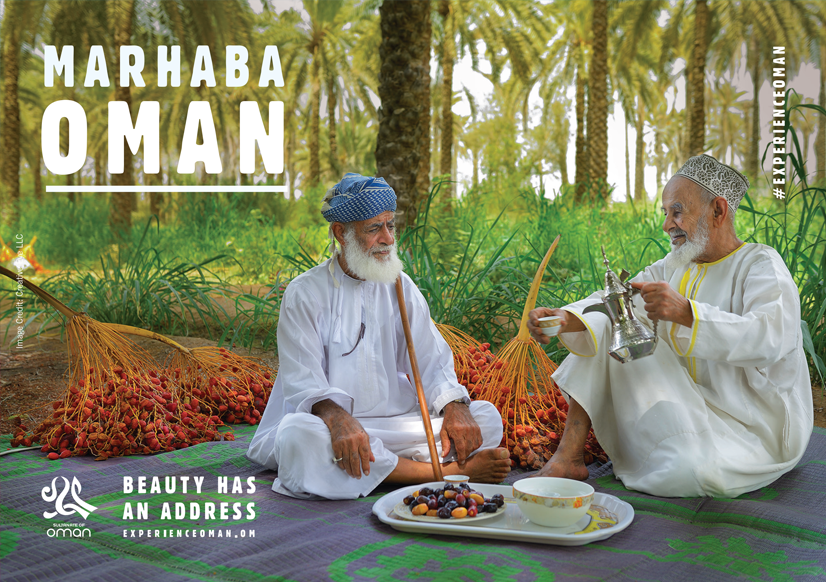 Marhaba Oman
With pristine beaches, magnificent deserts, rugged mountains and a history that spans over 7,000 years, the Sultanate of Oman will refresh, engage and inspire you.
Download PDF 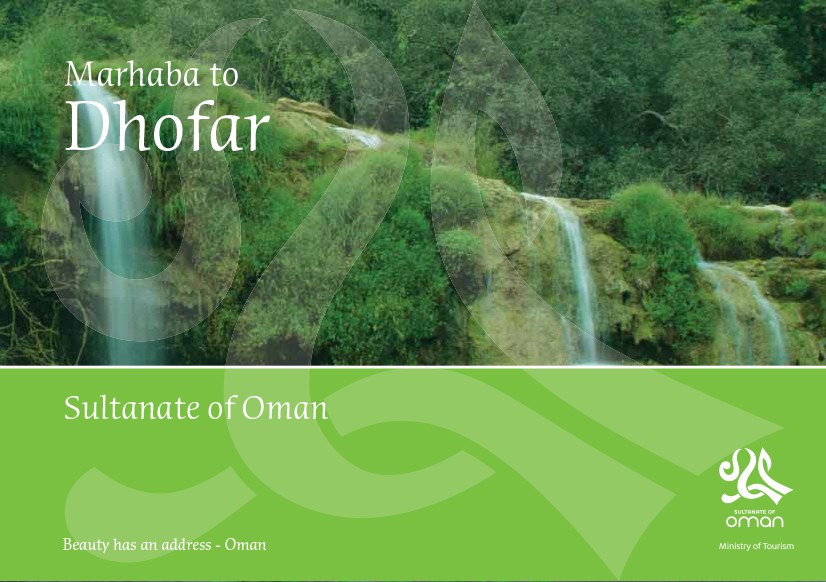 Marhaba Dhofar
Hidden beaches, lapped by the Arabian Sea, abound throughout the Governorate of Dhofar. The city of Salalah is blessed with kilometre after kilometre of soft white sand, the main beaches including those at Dahariz, Al Baleed and Haffa, near Al Husn Palace.
Download PDF 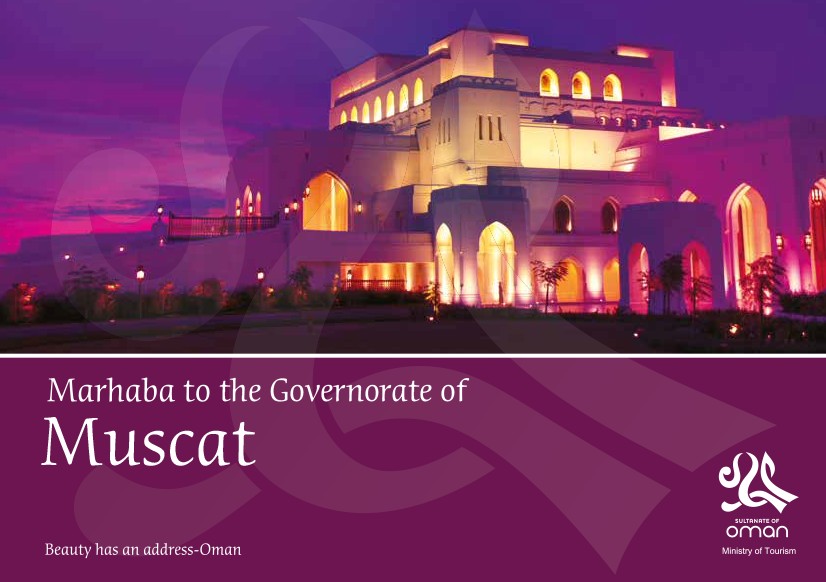 Marhaba Muscat
Situated between the Sea of Oman and the Eastern Hajar Mountains, Muscat's beautiful natural scenery is matched by the style and atmosphere of its townscape.
Download PDF 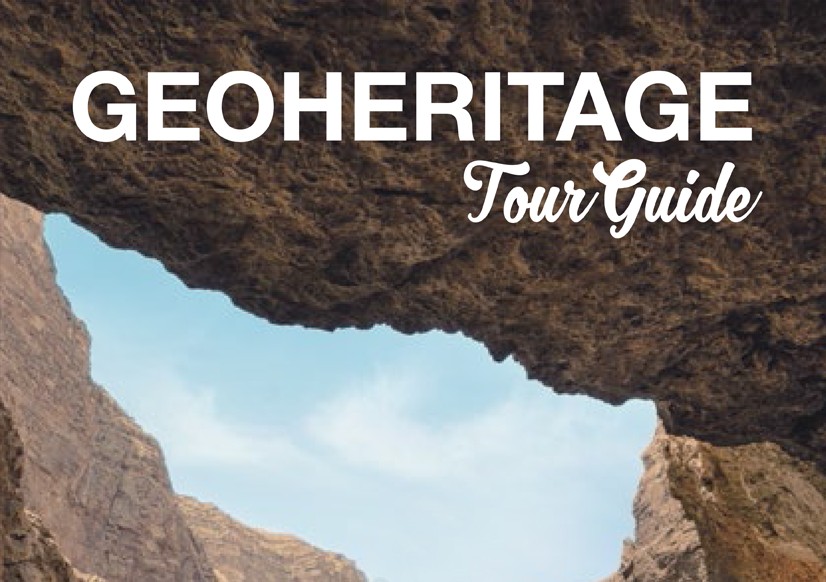 Geoheritage Tour Guide
The Sultanate of Oman displays an outstanding array of Geoheritage phenomena, many of which are world class.
Download PDF 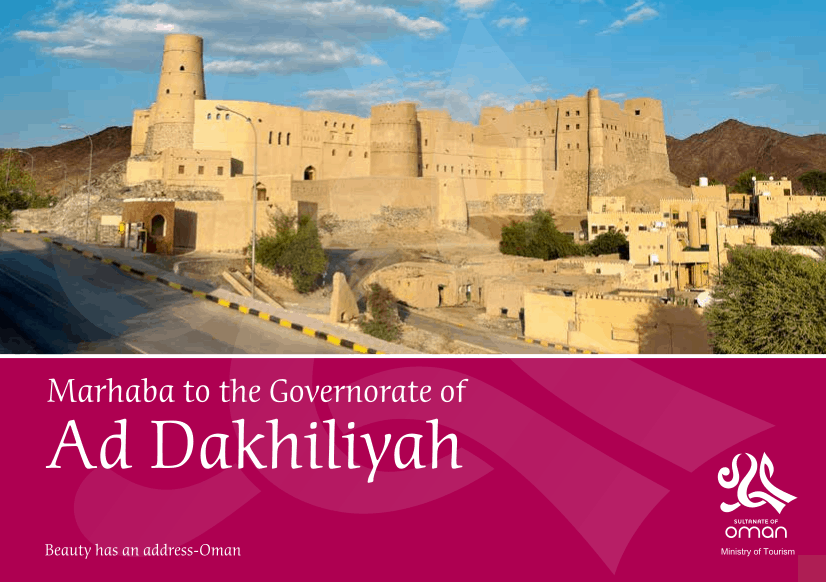 Marhaba A’dakhiliyah
A’Dakhiliya governorate embraces some magnificent natural attractions which includes the highest peak in the Sultanate (Jebel Shams), not to mention the ancient forts and castles.
Download PDF 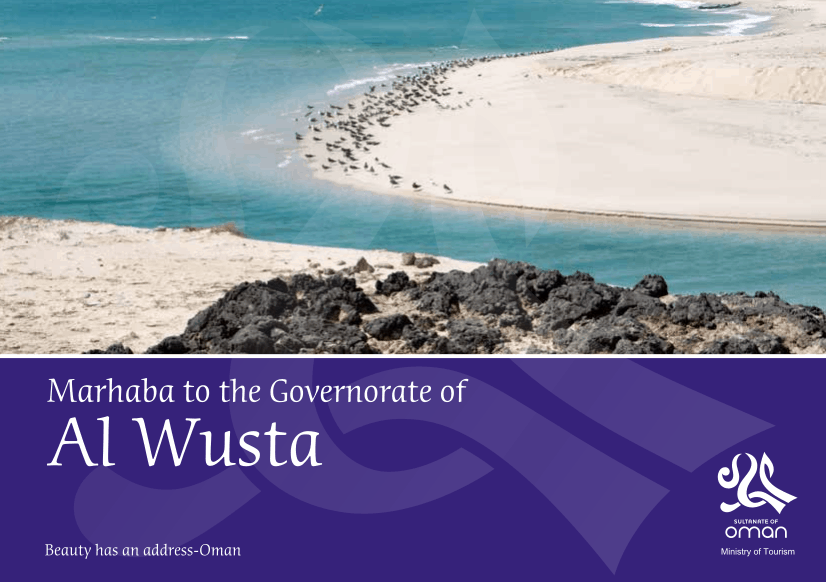 Marhaba Al Wusta
Al Wusta governorate is located between sea and desert. From east, the Arabian Sea stretches along high mountains. And to the west, lays the Empty Quarter which is considered to be the largest desert in the world with its soft sand dunes.
Download PDF 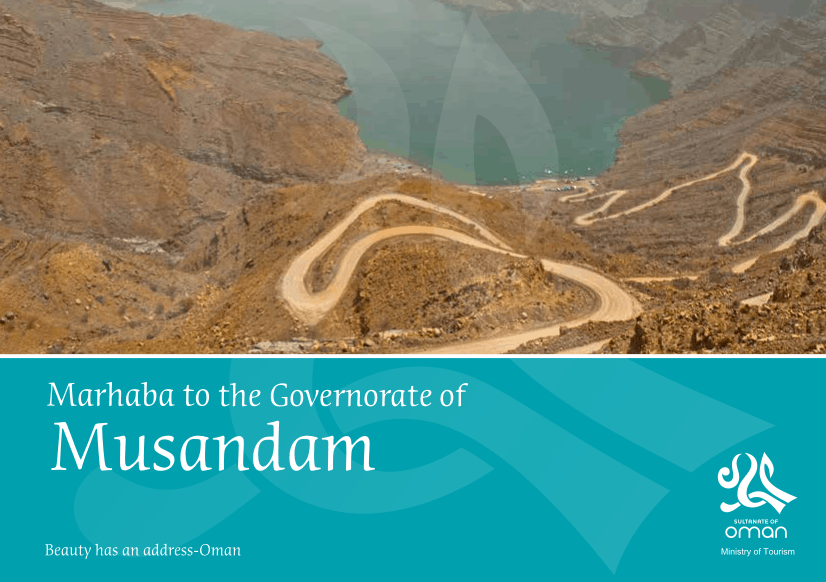 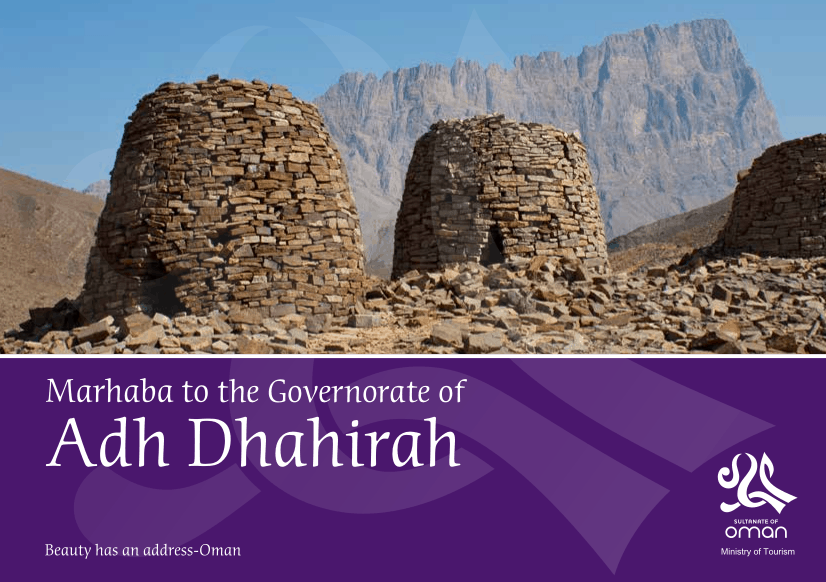 Marhaba A’dhahirah
A’Dhahirah governorate descends from the southern slopes of the West Hajar Mountains, holding spectacular natural sceneries, and historical monuments such as (Bat) site which is listed as one of the UNESCO's World Heritage sites.
Download PDF 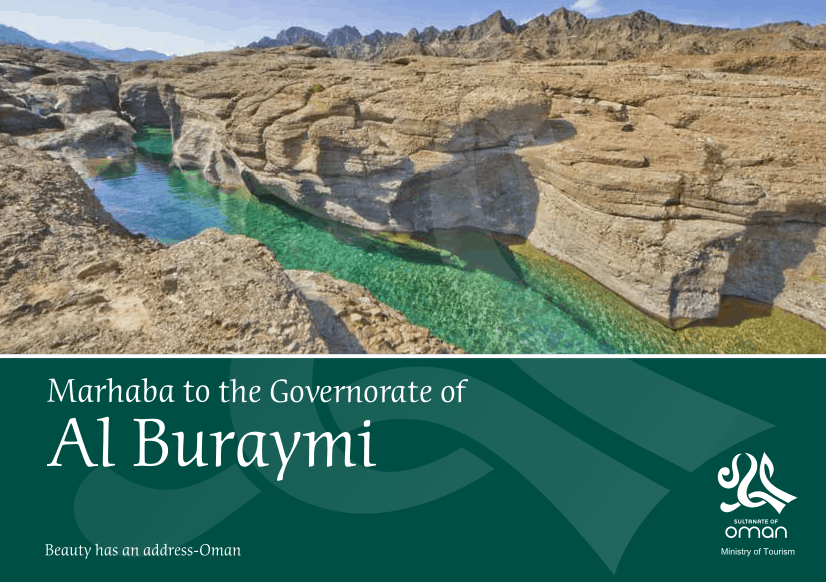 Marhaba Al Buraimi
Al Buraimi governorate, located at the north-western part of Oman, is a semi-desert land that descends from the southern slopes of the West Hajar Mountains. Its discovered archeological monuments indicates the existence of ancient civilizations in history.
Download PDF 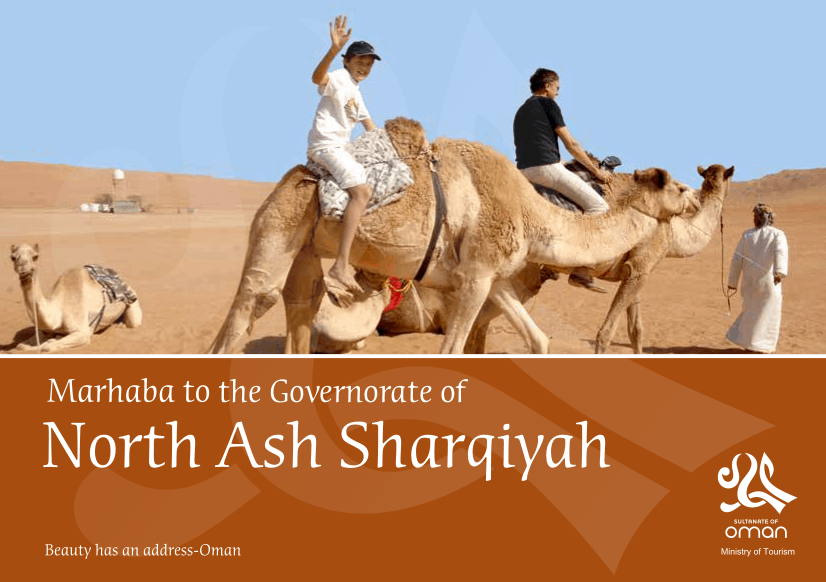 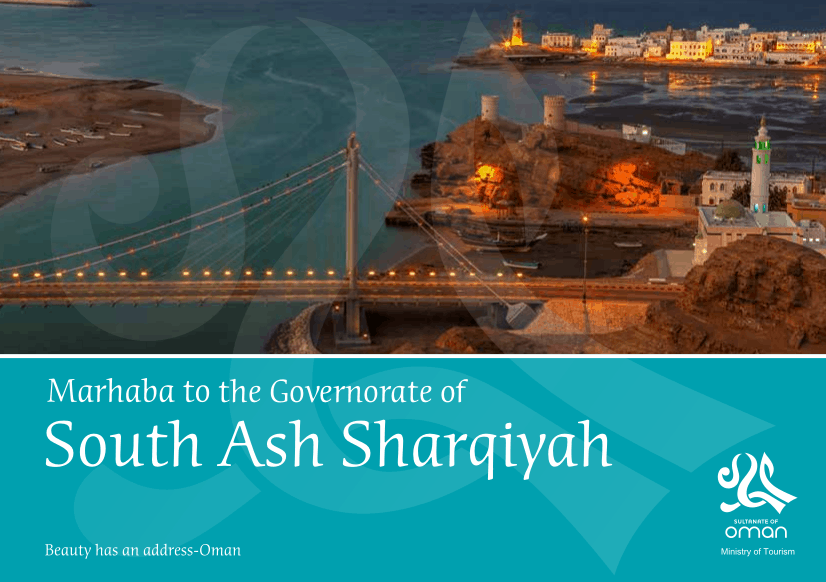 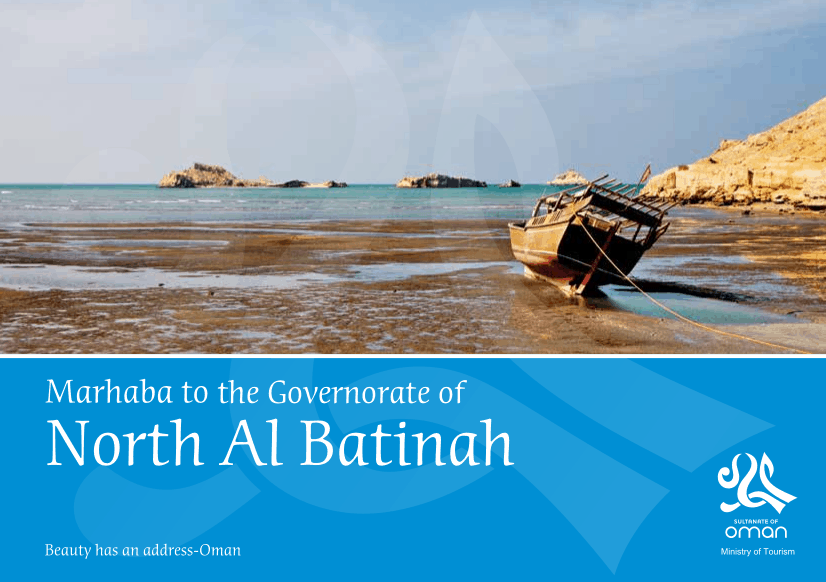 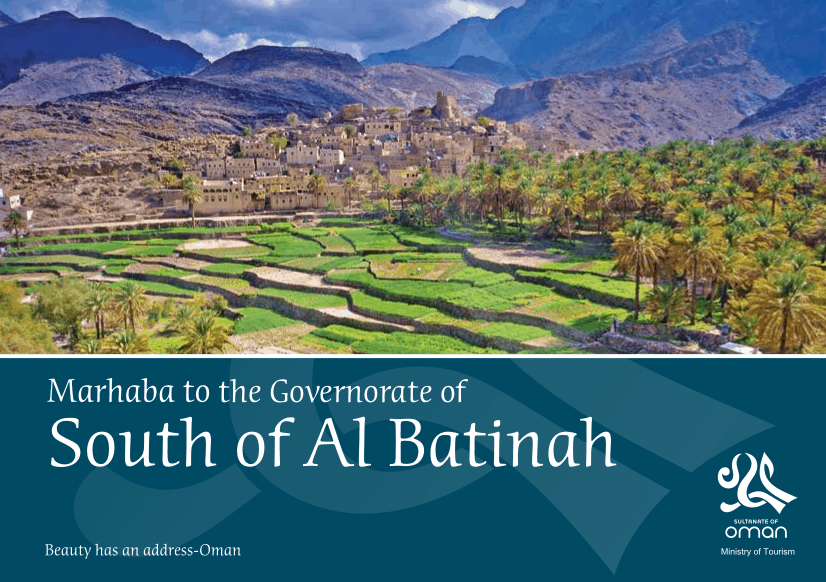 Marhaba South Al Batinah
The south Al Batinah governorate has an ideal geographical location, bordered by the West Hajar mountains. It has number of magnificent wadis and beautiful villages that run parallel to the Hajar mountain range.
Download PDF 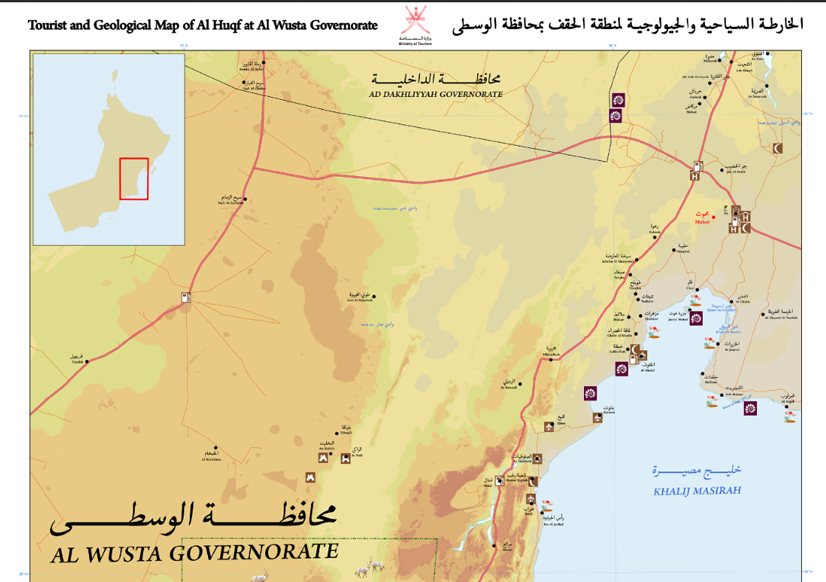 Tourist & Geological Map of Al Huqf
Al Huqf Geological Region of Al-Wusta Governorate has amazing rock formations and sculptures of limestone that were carved by water and wind over millions of years. A geological tourist map has been created aiming to enable visitors to explore the area and facilitate access to those sites.
Download PDF
English